The corrosion of submersible equipment, including tubing, is caused by the negative impact of the extracted fluid, which poses a number of technical challenges for oil-field developers. The additional costs, associated with increased corrosion as a productive oil formation (layer) is developed and oil production intensification technologies are applied, become more tangible.

The speed of corrosion processes is significantly increased by modern methods of extracting hard-to-recover oil reserves, and the oil-field’s corrosiveness is enhanced by field operation while maintaining layer’s pressure.

Effective ways to fight corrosion are replacing the tubing material with a corrosion-resistant one and using tubing with an anti-corrosion coating.

Another serious problem faced in the oil industry is asphaltene, resin and paraffin deposits (ARPD) on the interior surface of the tubing. During operation, ARPD reduce the interior of the tubing, and, as a result, significantly reduce the volume of oil extracted and increase power consumption during its production.

Indicators show a decrease in drilling efficiency: over 10 years (2008–2017), the volume of production drilling increased by 78%, and oil production - by 12%. The most intensive drilling was carried out in the period of 2014-2017 - then the indicator increased by 40%, but production rate increased by only 4%.

These deposits lead to the need for regular mechanical cleaning (e.g. scraping) operations on a well - up to several times a day, an increase in additional costs for inhibition and chemical treatments, and in especially severe cases - to wells’ stoppage, tubing string’s pulling and conducting cleanup operations on the surface.

The newest generation of majorpack protective coatings with increased smoothness:coating roughness - less than 0.5 microns – have been designed by our engineers specifically for wells with significant levels of paraffin deposits. The effectiveness of majorpack coatings has been confirmed by a large number of successful pilot tests and regular operations, the results of which can confidently speak of a multiple (18 times) reduction in the cost of well treatment from ARPD, or even the complete cessation of cleaning operations (scrapping, chemical treatments, etc.) on ARPD wells.

The need to protect tubing from abrasion arises during oil production by means of sucker rod pumps (SRP), operating in conditions of high curvature of a wellbore and in environments with high corrosivity.

The effectiveness of the majorpack ziPLY96 coating, designed to operate at a well stock with SRP, was confirmed by laboratory tests in the mid-2000s.

After that, pilot field testing of tubing with the majorpack ziPLY96 coating was carried out at the production fund, including wells equipped with SRP and complicated by abrasion and corrosion factors.

Test results led to a high demand for a new product.

The most intense corrosion is usually observed in the area of ​​the joint (tubing-coupling) connection.

The negative process is accelerated by high turbulence and oil flow swirls.

Majorpack Streamer is the special joint (tubing-coupling) connection insert, consisting of two rings made of heat-resistant plastic to protect the threaded connection and the pin end of the tubing. The use of the insert prevents corrosion and washing out at the joint connection of the coupling and tubing nipples, which increases the reliability of the tubing string and reduces the energy consumption for oil production. Despite its simplicity, this design is highly efficient. 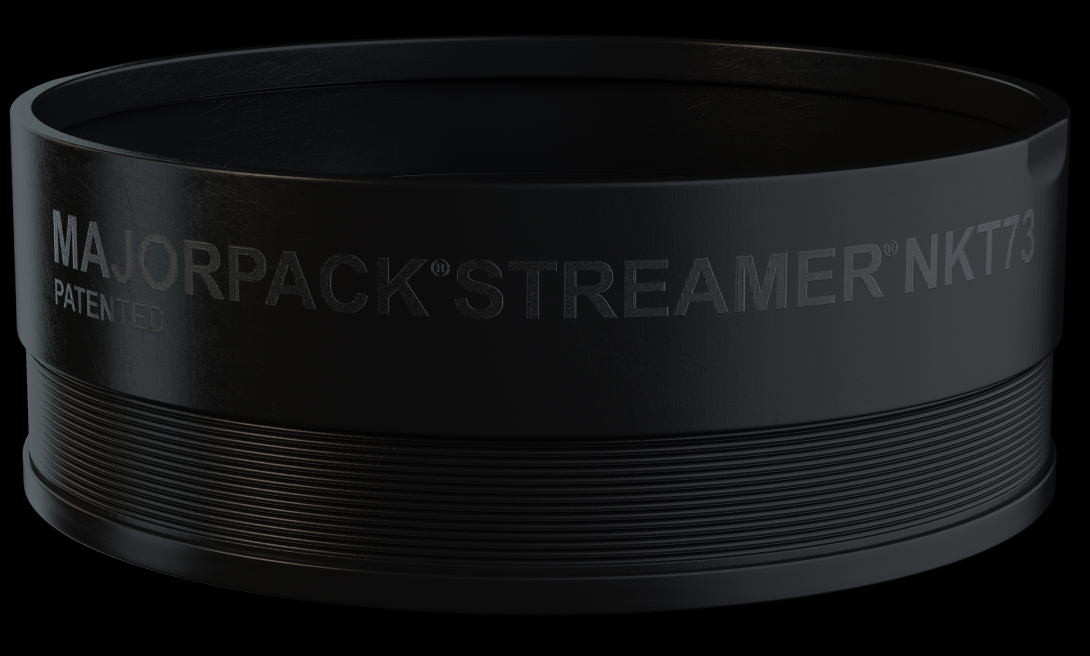 Select the required types of protection

majorpack reziPLY97 coating - protective system based on epoxy phenolic polymer, in majorpack coatings’ line-up, designed to protect tubing during operation in the environments, complicated with ARPDs. 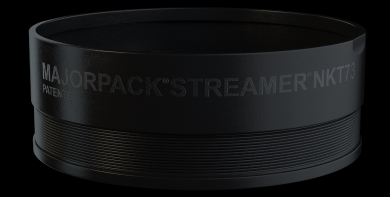 Find out details
Washing out

majorpack Streamer - special patented protective device (insert), made for the protection of the end of tubing’s nipple and prevent the internal tubing-to-coupling thread connection from corrosion and washing-out as a result of the impact of the flow on the unprotected threaded part of the tubing-to-coupling connection.